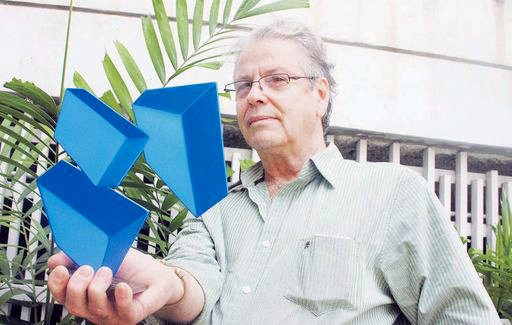 A Venezuelan born in 1947 in Baton Rouge, Louisiana, US. He studied Fine Arts in Canada, the United States, and Venezuela. His artistic trajectory dates back to a very early age. He took drawing and painting at the Museo de Bellas Artes in Caracas, Ven …

A Venezuelan born in 1947 in Baton Rouge, Louisiana, US. He studied Fine Arts in Canada, the United States, and Venezuela. His artistic trajectory dates back to a very early age. He took drawing and painting at the Museo de Bellas Artes in Caracas, Venezuela, achieving his first recognition with the award “National Youth Painting” in 1963. Upon completing his basic studies in Venezuela and Canada, he received a scholarship from J. Walter Thompson International to attend the Ontario College of Art in Toronto, Canada, graduating with honors in “Pure Art” and “Communication and Design”.

He received a scholarship from New York University (US) to attend its Graduate Program for “Fine Arts” and “Monumental Sculpture Techniques”.

Throughout his carreer as an artist, Rafael Barrios has worked as Art Director for UNESCO; as Creative Consultant for “Latin Touch” cinematographic creations; as Stage Designer for Chris Von Wangenheim in Vogue and Esquire magazines, in New York, US. He was a Professor of Three-Dimensional and Advertising”,at the Neumann Design Foundation, in Caracas, Venezuela; Stage Designer for “DanzaHoy”‘s presentation in Expo-Sevilla, Spain; and Stage Designer for Hervé Leger in his “Carrouselle du Louvre” show, in Paris, France.

Rafael Barrios has shown in the United States, Europe, South America, and other Latin American countries, as well as in the Middle East. His work can be found in permanent collections in the Ontario Art Gallery and the Carmen Lammana Foundation in Toronto, Canada; also in th National Art Gallery in Caracas; the Sofia Imber’s Caracas Museum of Contemporary Art; as well as in the private collections of HRH Don Juan Carlos de Borbón, King of Spain (Levitating Simetry); and the collection of HRH Gloria, Princess of Germany.

In 1973, renowned futurist Marshall McLuhan said in a lecture at the University of Toronto: “The work of Rafael Barrios is like fresh fruit for thought.” Rafael Barrios plays with shapes, altering the laws of geometry, fabling volume in space. His sculptures are characterized by breaking orthodox directionality, accessing new possibilities of perception.

Vertiginous elevations cause his virtual works to seemingly erect upon themselves, defying the laws of space, alleviating bodies that should be subject to gravity. Rafael Barrios’ works are identifiable by a set of dynamics, levity, strength, and magnetism, which is imprinted on each individual creation in order to reach the beholder’s spirit. 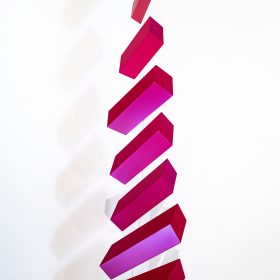 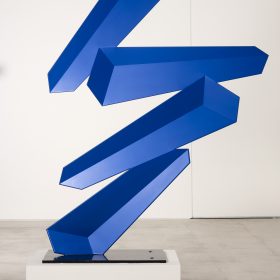 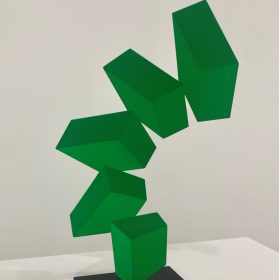 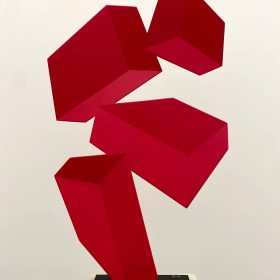 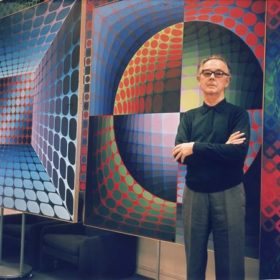 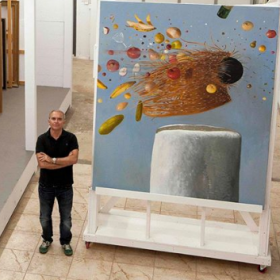 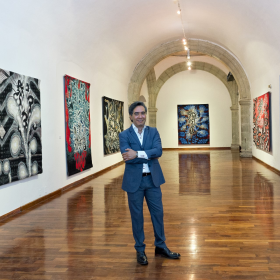 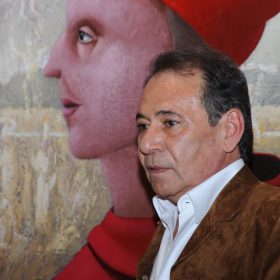