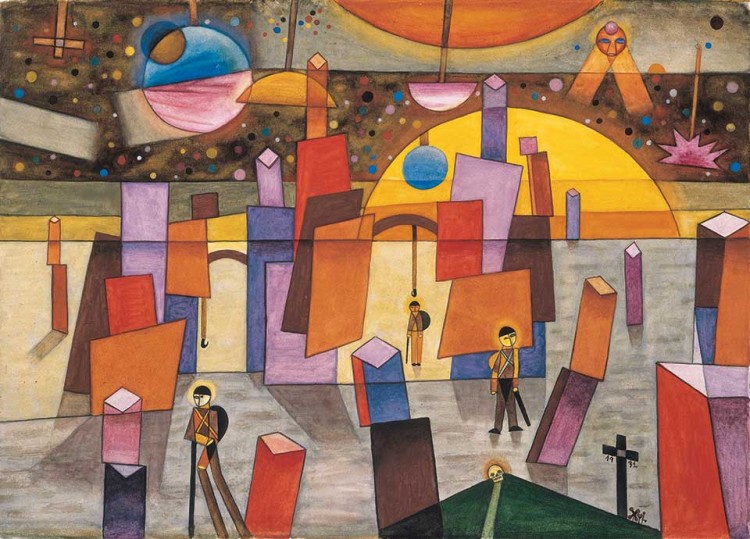 Written by Antonio Ascaso on March 3, 2020. Posted in Uncategorized

Latin American art of the 20s and 30s of the 20th century will undergo a profound avant-garde renovation. From the first productions at the beginning of the century, to the most contemporary of recent decades, artists are inspired by the formal and aesthetic changes introduced by European trends.

Similarly, Latin American artists will reread their social and political realities and from here they will project a work vindicating a national culture. Sometime later, a break with the Eurocentrist academicism is sought, while the construction of a cultural identity begins. Here are some of the most representative avant-garde:

Between the decade of the ’20s and’ 30s, Latin American artists travel to Europe and make contact with the avant-garde movements. They actively participate in circuits of exhibitions and debates in cities such as Paris, Madrid, Barcelona, ​​Berlin, Florence, and Milan.

His works and manifestos insist on the autonomy of art and move away from painting and sculpture as modes of representation of reality. During the 20s, many of them return to their countries of origin and as protagonists of the national scenes, lead the different battles between the traditional and the “new.”

The Neocriollo of Xul Solar (Buenos Aires), the Anthropogy of Tarsila do Amaral (San Pablo), as well as the Vibracionismo and the constructive Universalism of Rafael Barradas and Joaquín Torres-García (Montevideo), are only key examples of those avant-gardes of Latin American regional currencies.

With the triumph of the Russian revolution and the expansion of the principles of social justice, the art / political axis is affirmed as a field of action, regionally and internationally. From the Mexican muralism of Diego Rivera, José Clemente Orozco and David Alfaro Siqueiros to the paintings of Antonio Berni (Argentina) and Candido Portinari (Brazil), painters discuss and propose different ways of relating between artistic manifestations and their social contexts.

Walls are painted with contemporary scenarios, in which images of rural and urban workers appear, in monumental pictorial formats, like the characters of a protest march social or in celebrations of popular tradition. In the visits to the pre-Columbian ruins such as the Temple of the Jaguars in Chichen-Itza, the muralists become aware that America had its own muralism and techniques, having a lot of evidence about the walls of the cities before the Conquest were covered in murals.

This literary and plastic movement explored the field of dreams, psychological traumas and sought to evade conscious activity through practices such as free association and psychic automatism and the use of factors such as chance and randomness. To stimulate the emergence of the unconscious, he uses techniques that summon unusual effects and uncontrollable processes such as photomontage, collage, frottage, decoupage or scarfing.

Antonio Berni and, Maria Martins and Cicero Dias, Roberto Matta, Frida Kahlo, Remedios Vario, Agustín Lazo and Wifredo Lam show in their works the diversity of those theses and a meeting place of popular traditions with repertoires of cult art circulating in the Americas.

In the mid-40s, Buenos Aires became one of the most active centers of concrete art and its variations. Gyula Kosice and Enio Lommi, Rhod Rothfuss and Carmelo Arden Quin bring new ways of reflection and production to the global debate of concretism. With the material elements of visual language, their works replace the traditional octagonal frame with irregular and cut out contours; investigate the function of color layers and the system of series structures; they invent articulated and transformable “sculptures”, and make object-paintings mounted on the walls and mobiles hanging in space.

In the 50s, Alejandro Otero paints his series of white abstractions with chromatic lines in Caracas, and Brazilians Hélio Oiticica and Lygia Clark convert color and light into bodies that materialize before the viewer. In the same decade and the next, Julio Le Parc and Abraham Palatnik build artifacts that investigate the physical and perceptual experience of the gaze, adding the concept of real or illusory movement and the active participation of the viewer, both innovations of optical and kinetic art.

The last two decades of the century had dismantled the idea of ​​the work of art as a material presence and as merchandise. Industrial materials, scientific models, reflections of areas such as psychoanalysis, linguistics, cultural studies and communication codes imposed by the mass media, all traverse the world of visual arts. The works of Antonio Seguí, León Ferrari, Liliana Porter, Víctor Grippo, Waltercio Caldas, and Gego, are some of those cases. Since the early ’80s, the return to painting as an international trend impacts the artistic scene.

The Italian Transvanguardia, Bad Painting in the United States, the Neofiguration in Latin countries and the New Image in Argentina, put into circulation large fabrics covered with faces and pictorial images that combine codes of cinema, theater, literature, art music, dance, urban graffiti, and gender studies. This “resurrection” of the painting finds two key actors in the Argentine Guillermo Kuitca and the Cuban José Bedia. 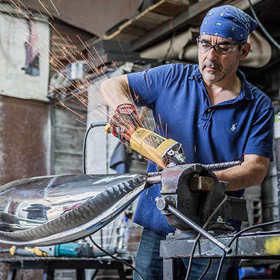 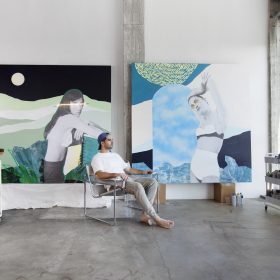 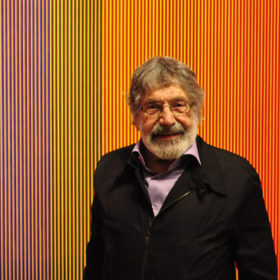