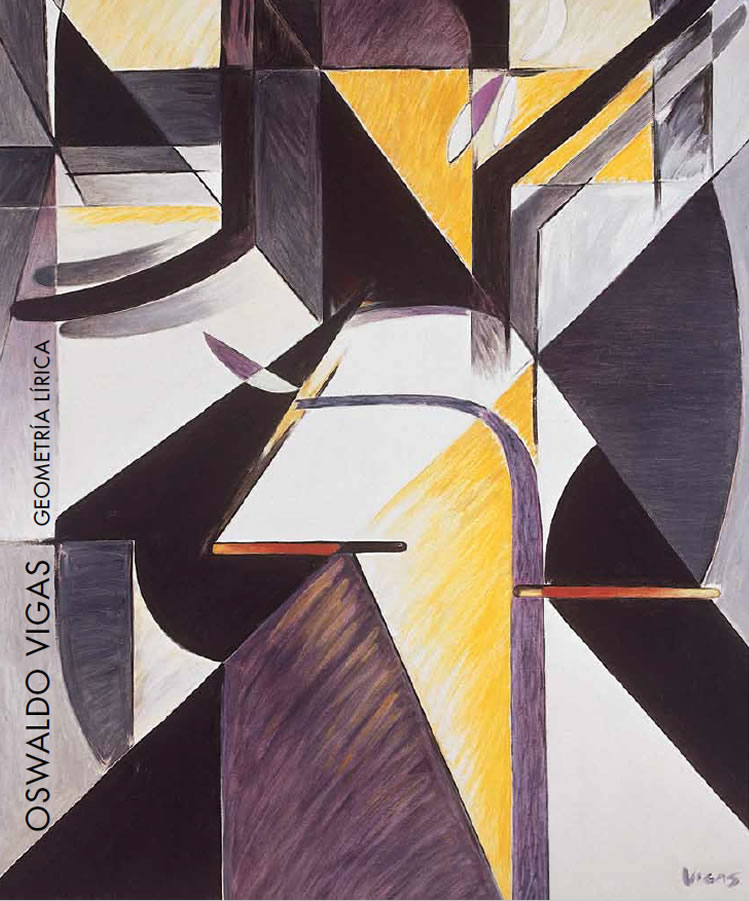 The work of Oswaldo Vigas involves a unique relationship between the history of the tradition of abstract art and the project of Latin American modernity in the second half of the 20th century. It is an artistic trajectory that unfolds, and mutates into different poetic expressions, so as to amplify its understanding of the dizzyingly rapid changes taking place in the contradictory development of Latin American culture, art, and modern society.

He had first-hand knowledge of the visions and ideas for the development of cities, which were growing chaotically in a Venezuela that was mobilized by the oil industry. He possessed the same experiential knowledge (perhaps even more, if possible) of the expressive power of mythologies and the idiosyncrasies of popular Venezuelan culture, including the rich Pre Columbian traditions.

At Geometría lírica, Oswaldo Vigas, the transmutation, the mutating gesture, the transfiguration (there are several titles in the exhibition that connote these ideas) speak to the search for an imaginary territory where these opposing parties battle. These lyric geometries, as an artistic act in their poetic and discursive expression, are unique, and occupy a distinctive place in the spectrum of Latin American abstraction of the second half of the 20th century.