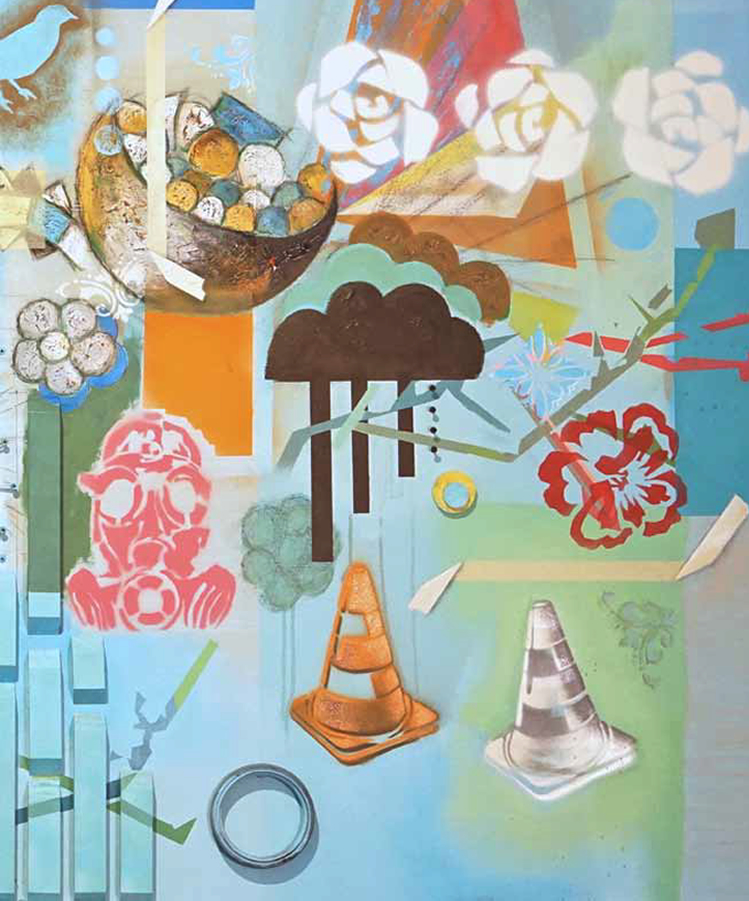 Ascaso Gallery, always pioneering yesterday’s and today’s talents, presented on May 20th the most recent works by Venezuelan-American artist, Arturo Correa, at its location in Miami’s Wynwood Art District.

Searching is a show consisting of 24 pieces, revealing Correa’s passion and dedication to exploring the chaos of human nature through painting, in a constant quest to fathom the mysteries of life.

“Deemed a respectable artist in the plenitude of his career, Arturo Correa, legitimately carries the torch and follows the path of late 20th and early 21st century post-modernist masters such as Bob Rauschenberg, David Salle, Jean-Michel Basquiat, and Francesco Clemente. As a true bicultural artist, having now spent an equal number of years immersed in the culture of Venezuela and the United States, Correa successfully lays bridges and fully integrates the aesthetic vibe and philosophies of both countries. His personal vision—his intent—is indeed to communicate visually a new awareness of the everyday world around us.” These are the words of the renowned art researcher and curator Barbara Anderson Hill in the catalog supporting Searching. It is worth mentioning that Hill has held important positions in such cultural institutions as the Von Liebig Art Center in Naples and the Edison-Ford Winter Estates Foundation in Fort Myers, and has been the director of various remarkable art projects across the state of Florida.

The exhibition’s title is not at all casual: it is an accurate response to Correa’s profound and intense investigations and his strenuous work throughout his artistic career, immersed in a perennial quest, both as a human being and an artist. This is a constant trait of his work: “right since we are born our life is a search… for air to breath, food to satisfy hunger, company so as not to be lonely, faith before desolation, and even in death we yearn for eternal life… The work grows in me every day, and this explains the diversity of objects and elements thereof. Life is but an immense collage in front of our eyes for us to put it together, to interiorize the parts and experience them.”

In fact, in Arturo Correa’s paintings, whether on canvas or wood, a particular aesthetic language can be perceived, resulting from a colorful mixture of figuration and abstraction, in form as well as in concept, related to the combination of his Latin American roots and the Anglo American side of his personality. In his proposals, the artist amalgamates his proficient technique with the depth of his emotions poured on the vast backgrounds of his paintings, and his brushstrokes and the objects he sometimes incorporates, even in the lines that delimit them… From the canvases and wood that support Correa’s imagery burst out elements of a major symbolic charge, immediately connecting with the spectator. Matter and spirit, pain and love, yearning and hope, are all reflected in each one of his pieces. There is coherence in his artistic approach, always full of questioning and conclusions…

Searching also appears as a sequence of Arturo Correa’s most recent individual show entitled STAGE 16, presented at the Sidney Berne Davis Art Center in Fort Myers in 2014. Five of the 24 pieces now shown by Ascaso Gallery come from the aforementioned exhibition.

The strategic assemblage, carried out by Ascaso Gallery’s team, leads the visitor across the different atmospheres created in each room. It turns out to be an appealing route, illustrative of the subtle variations expressed by the artist’s aesthetic narrative, from pieces highly charged with formats, textures and colors to his “cleaner” ones. As the spectator moves ahead, the work denudes itself of visual elements, until the series entitled Waterfalls, in clear allusion to the impressive cascades of the artist’s homeland, Venezuela. These formats include materials he has worked with in other pieces, and that he has assembled and incorporated into his  artistic language: “The materials I work with are as important for me as my brushstrokes… the value of everything I use, no matter how small, lies in the life imbued in it.”

“Searching for Wonderland” and “Searching for Neverland” are works inspired by children’s stories where the quest plays the leading role. The first one represents the fantasy world behind the hole dug out by a rabbit, and the other one refers to the child inside each one of us who refuses to grow up. Arturo combines both stories and adapts them to the challenges and experiences of every day, thus implanting life in his canvases.

Donald Saff, artistic director of the Rauschenberg Overseas Culture Interchange (ROCI) project, points out that “Correa’s work is full of energy and commitment, and like a mirror reflecting social issues, has a profound resonance in those who wish to participate. The freshness underlying the beauty of the pieces is a magnificent conduit for dialog.”

Everything seems to point out that Arturo Correa’s exhibition in Ascaso Gallery will not go unnoticed in Wynwood; quite to the contrary, it will be much talked about for his particular way in approaching his work, the forcefulness of his formats and the colorfulness of the pieces displayed.

This contemporary exhibition will be open to the public at the usually scheduled times and can be viewed for two months. It is absolutely not to be missed! 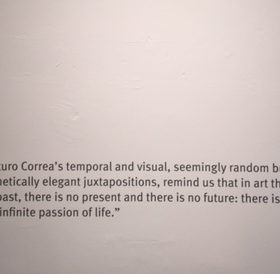 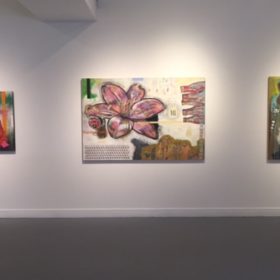 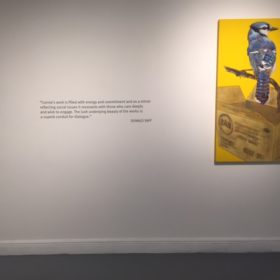 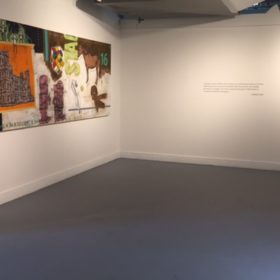 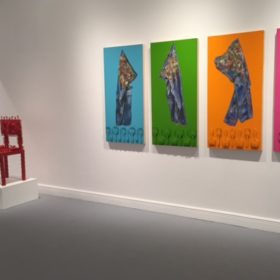 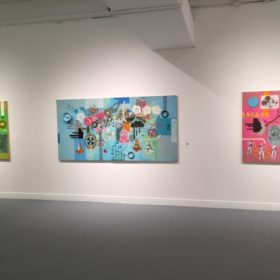 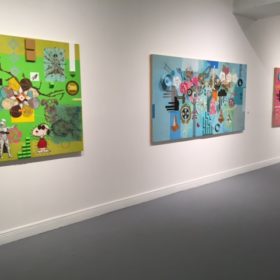 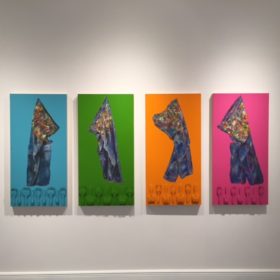 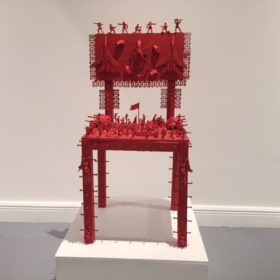 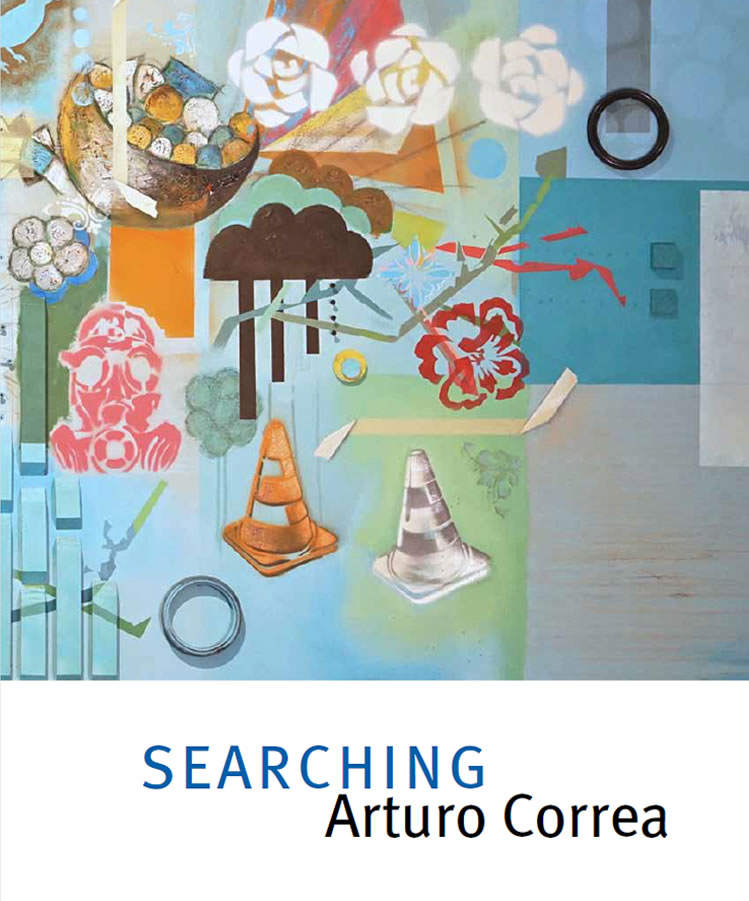 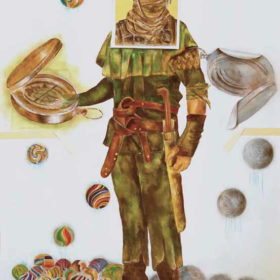 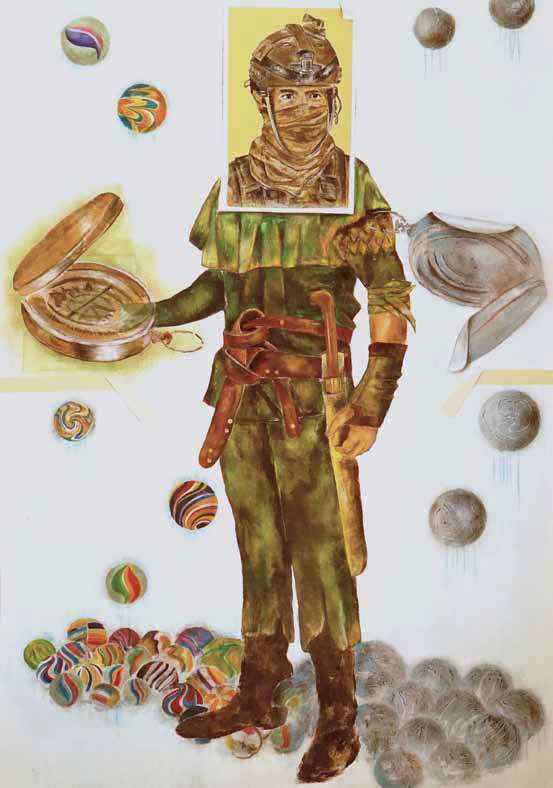 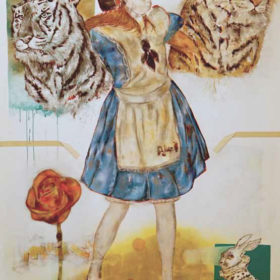 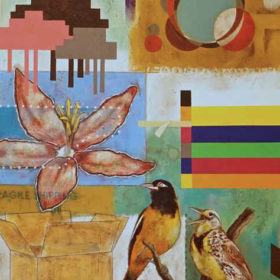 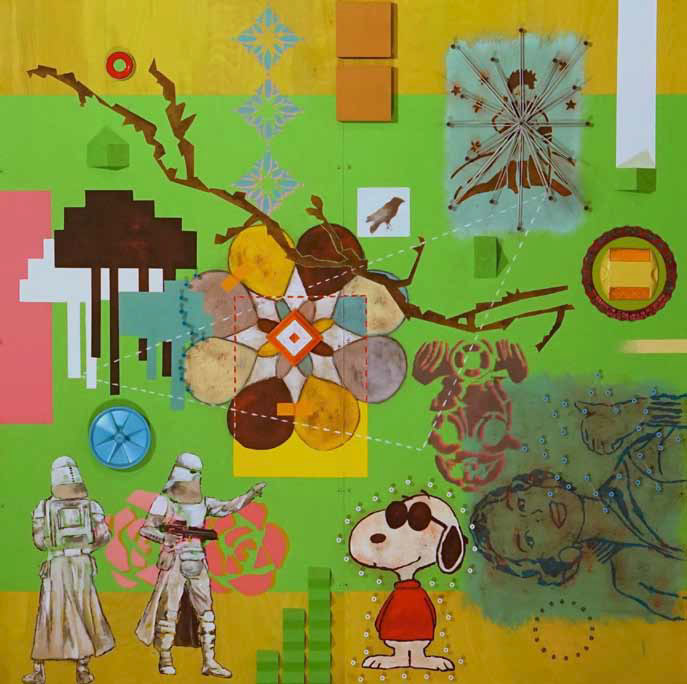 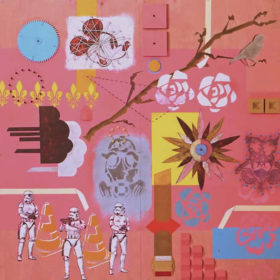 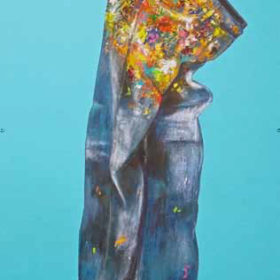 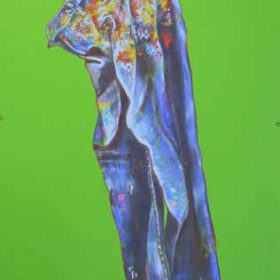 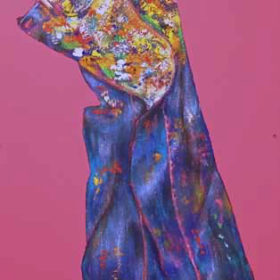 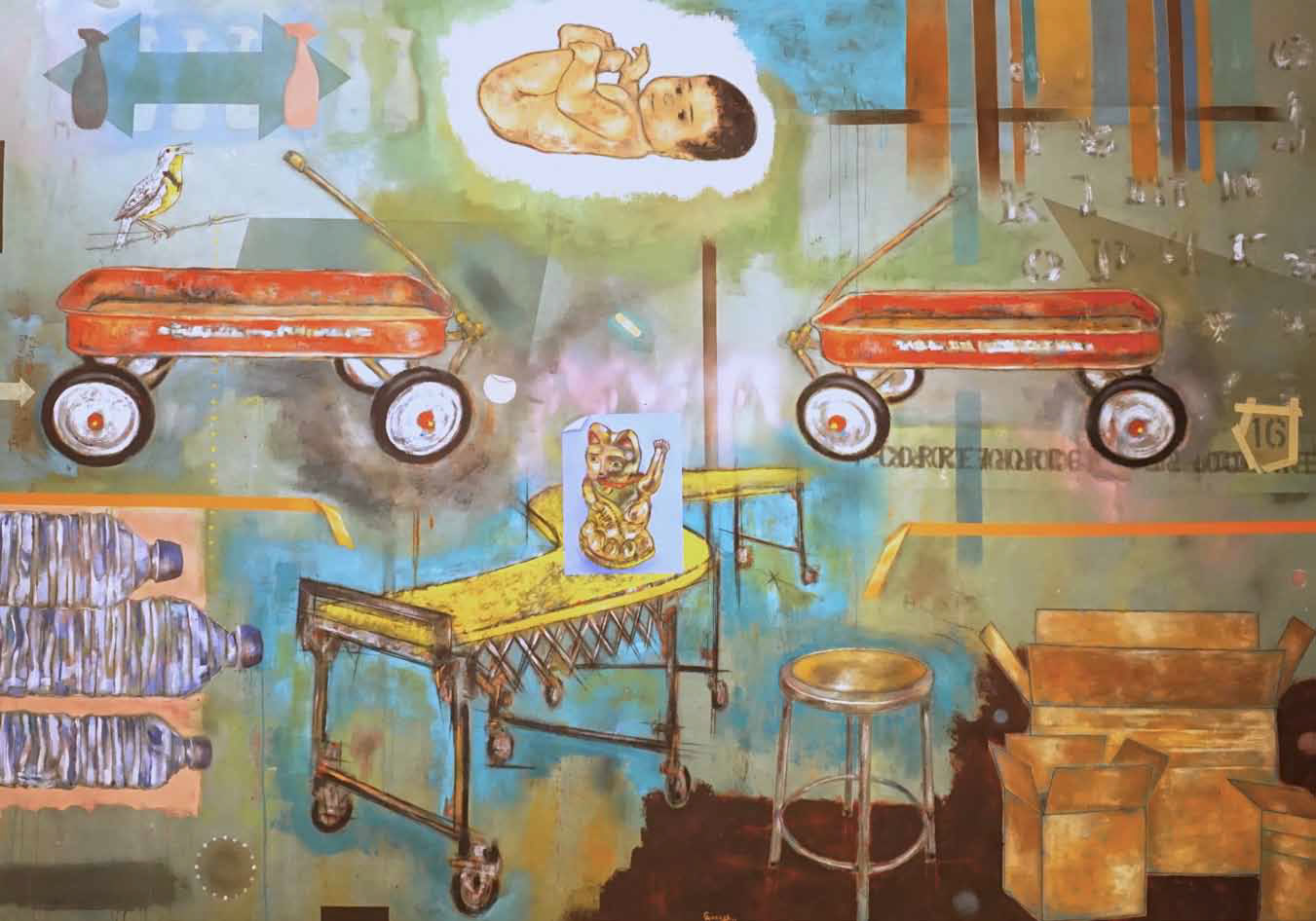 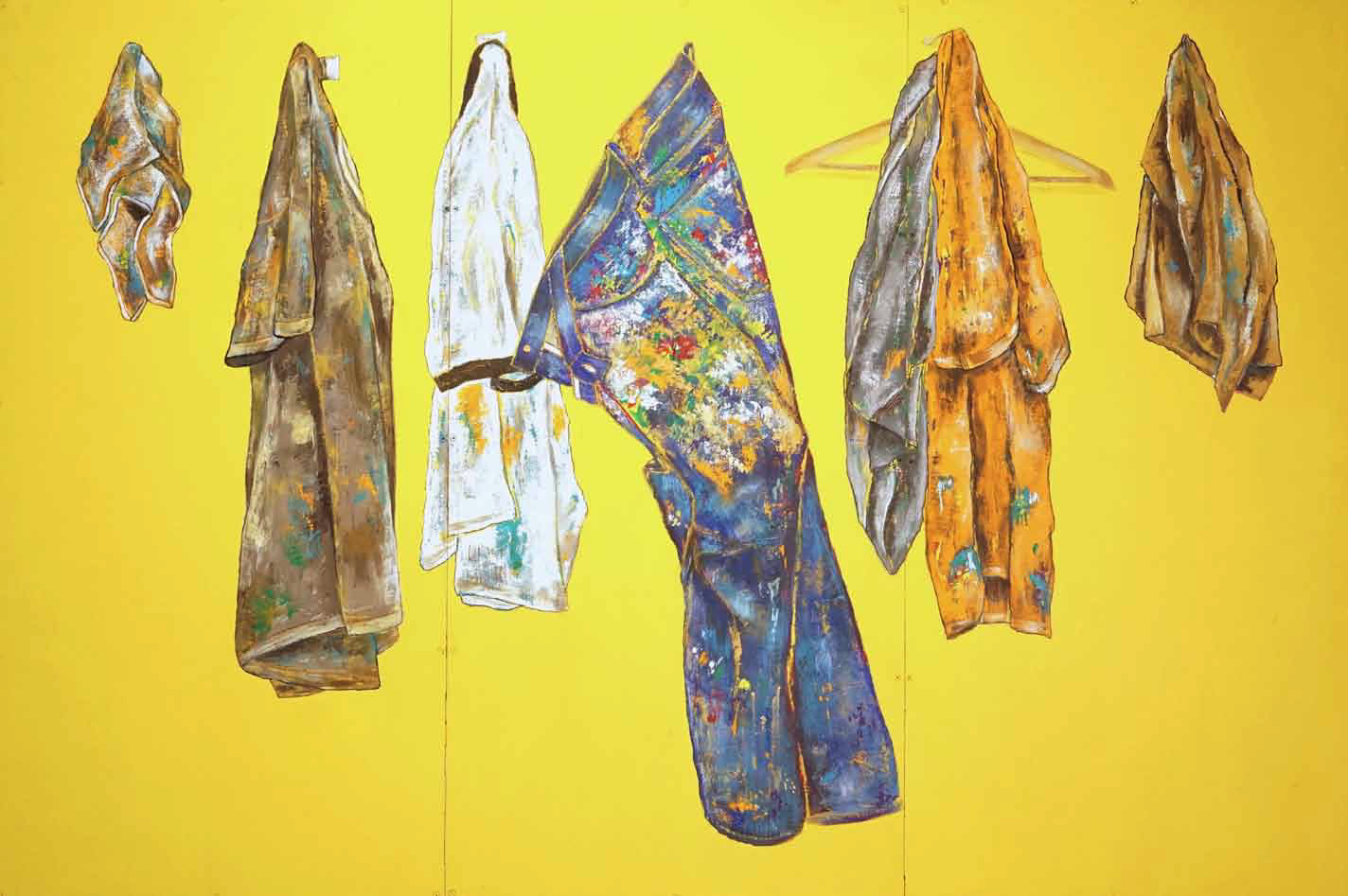 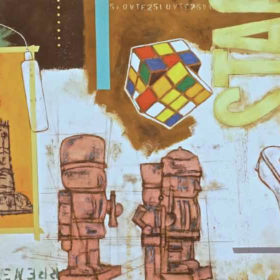 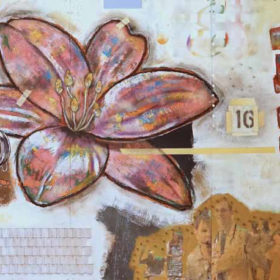 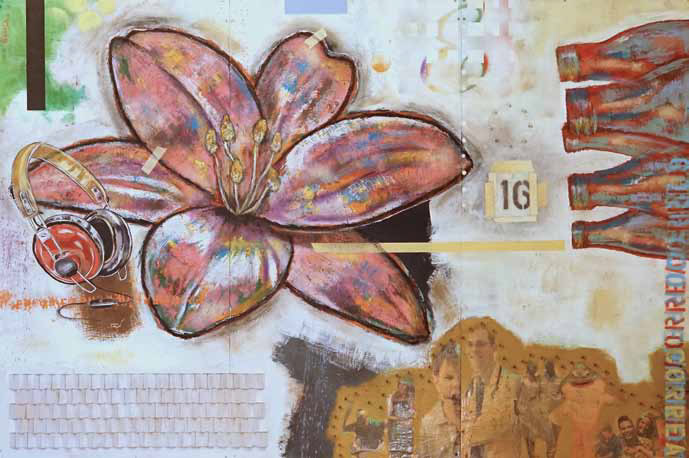 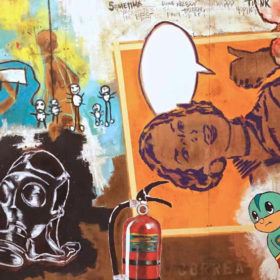 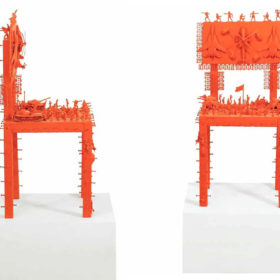 La silla de Miraflores… Come and get it
2012 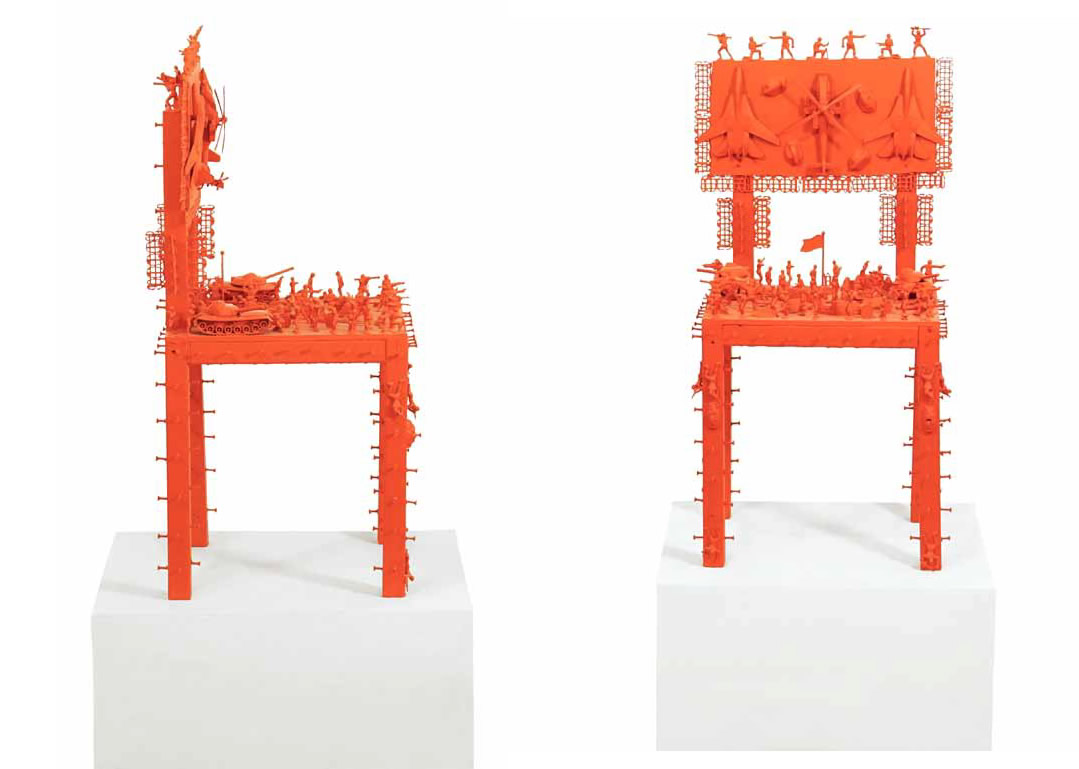