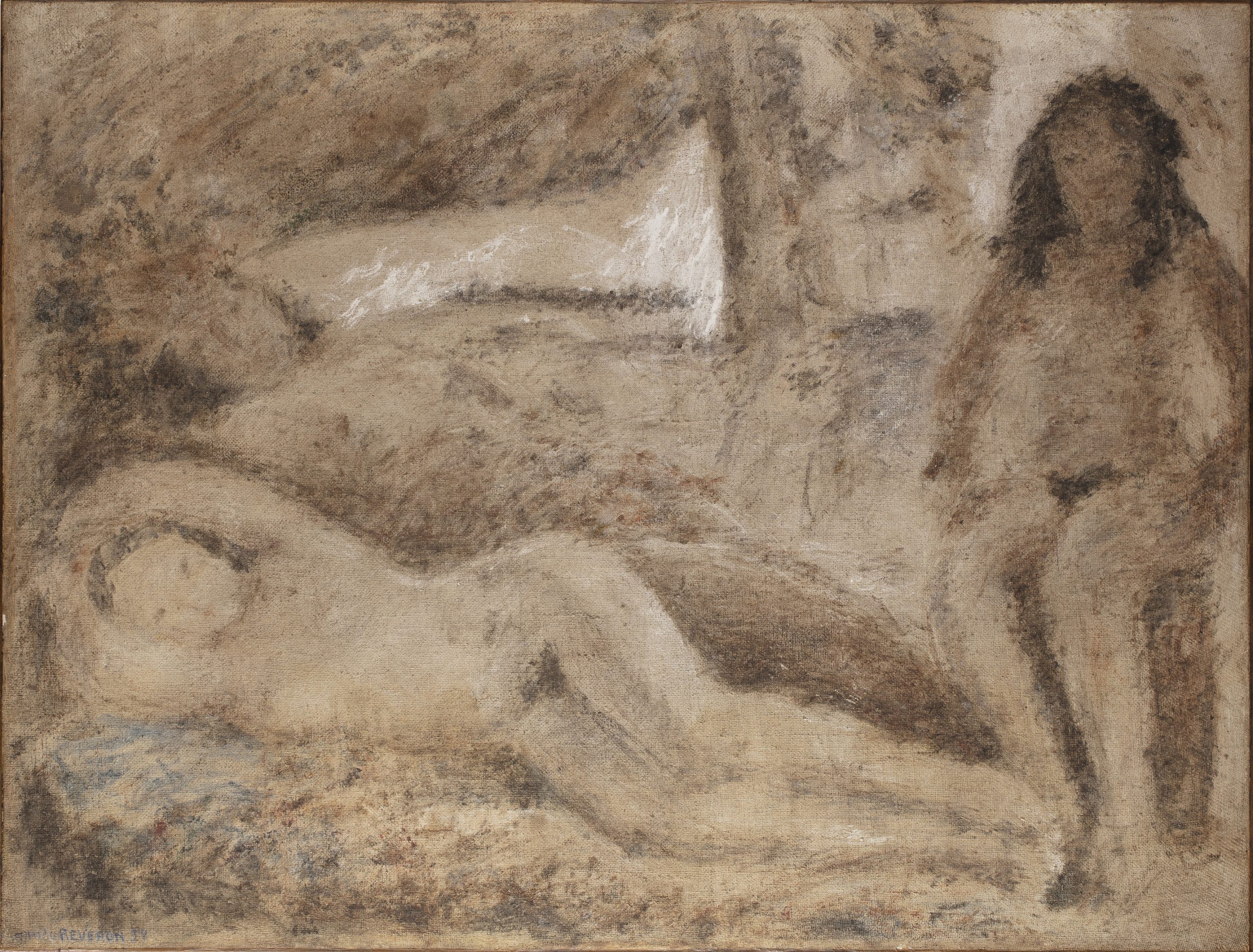 Ascaso Gallery, in association with ASFA (Axel Stein Fine Arts) is pleased to invite you to the exhibition of seven paintings from a prestigious Private Collection, New York. When the book Una visión, una colección, una mujer was published at the end of 2021, ASFA’s next project was to exhibit a selected group of paintings for the book presentation in Miami. Ascaso Gallery is extremely proud to open its space for this rather important cultural event. The main focus of ASFA’s editorial initiative was to illustrate the multifaceted characterization of women as muses, mothers and social actors in this particularly interesting collection of [mostly] Venezuelan art. Although a selected number of paintings are on view in our galleries today, the overall quality of each of these works is undeniable and deserves the visitor’s attention.

At the time of Arturo Michelena’s Centennial exhibition at the National Gallery in Caracas, Venezuela (1998), two of the artist’s most important paintings, Niño enfermo and Una visita electoral were missing from the checklist. No one had seen the paintings nor knew of their whereabouts. In 2003, after much research, these two famous paintings were found in the storage room of the Ringling Museum in Sarasota, Florida, and on the main stairway landing of a general store in Vevey, Switzerland. This is the first time that Niño enfermo, and its companion painting are exhibited for the general public to enjoy. 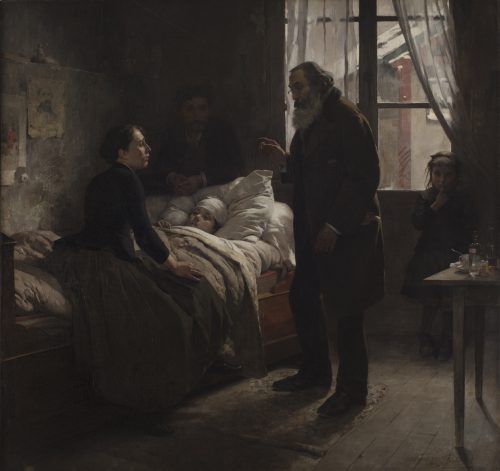 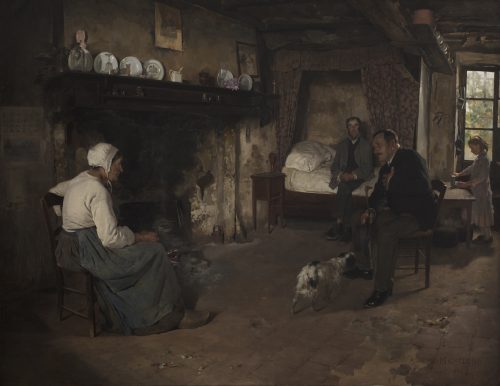 Armando Reverón has been too easily categorized as a post-impressionist painter. The truth is that his work defies such generalities. La cueva, 1920 is a mysterious painting from his early mature years. Almost like in a vision, two reclined women appear in the darkness of a cave. Their blurry contours suggest an uncertain vanishing presence. Reverón, most certainly influenced by Goya during his Madrid years in the 1910’s, developed a fascinating body of work around the female figure and the nude. La maja criolla, 1939, ends the cycle of this enigmatic series. These two paintings, formerly in the collection of Armando Reverón’s historiographer, don Alfredo Boulton were last seen by the American public in the artist’s retrospective exhibition at the Museum of Modern Art in New York City in 2007. 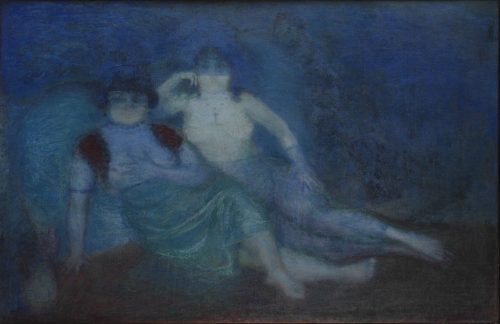 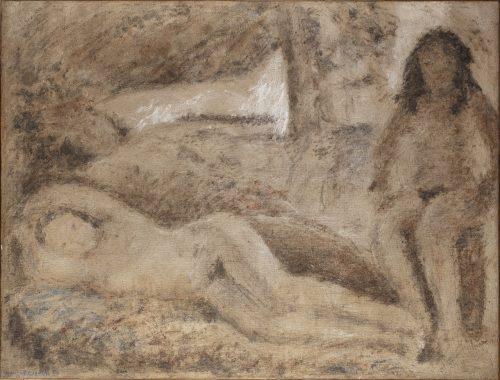 After his formative years at the Academia de Bellas Artes in Caracas, Héctor Poleo became interested in the work of Diego Rivera and Mexican muralism. After his sojourn in Mexico, Poleo traveled to New York and continued to Italy. La carta, 1943 is perhaps one of his most enigmatic works with a myriad of cultural references with subtle metaphysical undertones. Poleo was deeply concerned about the disasters caused by World War II. As in this Widows of war, 1948, he often vividly described the continuation of the human suffering after the conflicts on the terrain subsided. Poleo is considered by the critics as the last master of the Venezuelan school of Realism. 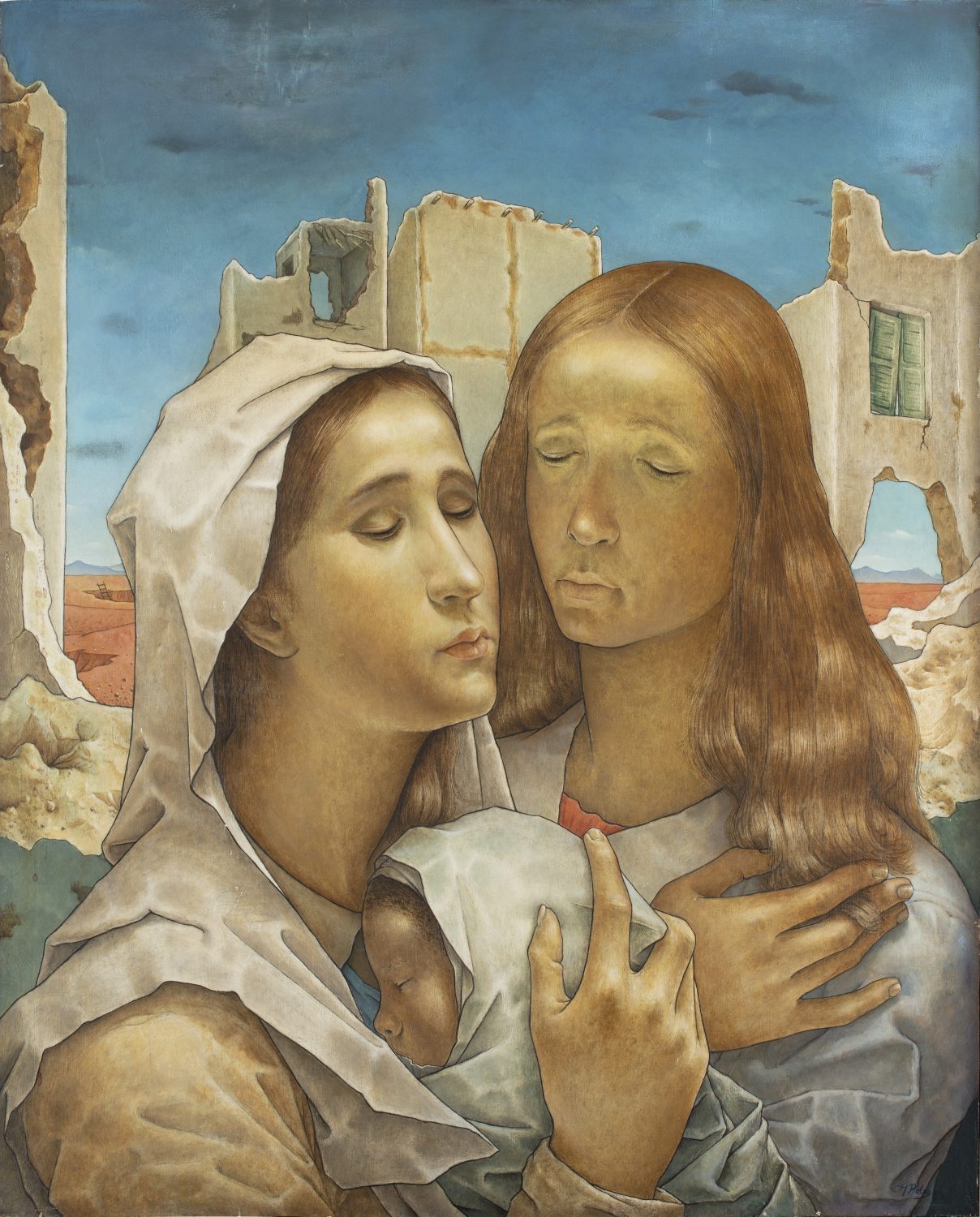 Will be on sale in the gallery. Funds collected will be 100% donated to the Art Scholarship Program of the Venezuelan American Endowment for the Arts, NY. (VAEARTS.ORG)