‘Roots were built with clay’: Sculpting in Latin America

Written by Antonio Ascaso on February 13, 2020. Posted in Uncategorized

‘Roots were built with clay’: Sculpting in Latin America

Although Latin America is a kind of patchwork quilt, that is, with many isolated countries and with few communications with each other and despite the fact that in each country there are sometimes many regions comparable to many other countries, it may not be risky to say that in Latin American sculpture found a few common aspects over a hundred years.

Botero is a Colombian painter, sculptor, and draftsman born in 1932 in Medellín. After spending several years in Europe, he established his residence in New York. He currently has residences in various parts of the world: Colombia, Paris or the Italian town of Pietrasanta are some of them. He is considered one of the most sought-after Latin American artists of the moment.

With unmistakable hallmarks, such as their voluptuous and disproportionate human bodies, their works are exhibited in the most important cultural Capitals of the world.

Carlos Regazzoni was born in 1943. He is currently consecrated in France, where he lives half the year in the castle of Fontaine Française.

His sculptural work is characterized by being made with leftover tracks and pieces of disused wagons, hence he has earned the title of ‘alternative artist’.

Regazzoni has also worked with insects, almost always ants with which he decorated several posters of Libertador Avenue in the Buenos Aires neighborhood of Retiro.

Narváez was born in Porlamar, Margarita Island, Nueva Esparta State, in Venezuela on October 4, 1905. His artistic proposal broke with the aesthetic schemes in force until that time. However, it did not make concessions of any order, creating for the first time in the country its own sculptural language, associated with national roots, exalting and also valuing the beauty of its ethnic elements.

Larraz’s paintings and sculptures can be admired in all its expressive dimension. The conception and cleanliness of the space remove everything that can get in the way between the viewer and the artwork. The sum of all these attributes makes it a space that will revolutionize the exhibition dynamics of the contemporary art circuit.

Mexican-born Gabriel Orozco incorporates a multitude of different media—from drawings to installations, to photography, sculptures. His aesthetic vocabulary is related to the artistic traditions of his native Mexico, and Marcel Duchamp’s readymades. The fragile relationship of everyday objects to one another and to human beings is Orozco’s principal subject and has inspired partly by Asian pictorial traditions and partly by the nuances of everyday perception.

Cornelis Zitman was born on November 9, 1926 in Leiden, the Netherlands. It came from a family of artisans and builders. At 21, he settled in Venezuela. Zitman made his work on the human figure, fundamentally feminine and Venezuelan.

The Zitman house was a space for creation and for expressing his personal interpretation of the surrounding reality. A place that became the center of his activity and his refuge, until he was surrounded by his “tribe”, which are all his sculptures and the works he did. 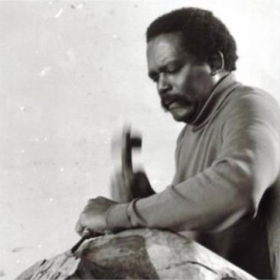